The Dalai Lama spoke at the Rogers Centre in Toronto to an audience of about 16,000 people on Halloween.

He wants to promote human value, peace and harmony, he said. He spoke on a variety of topics.

“There is too much exploitation of animals,” he said. “We almost treat animals like vegetables.” 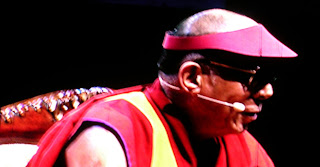 He spoke for just over an hour, and then took questions for another 20 minutes. The questions had been selected from ones asked on his Web site. 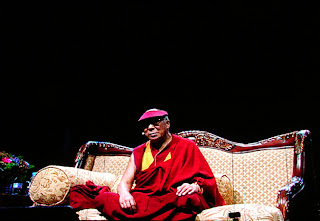 A translator helped the Dalai Lama when he was at a loss for English words. He also read the questions.