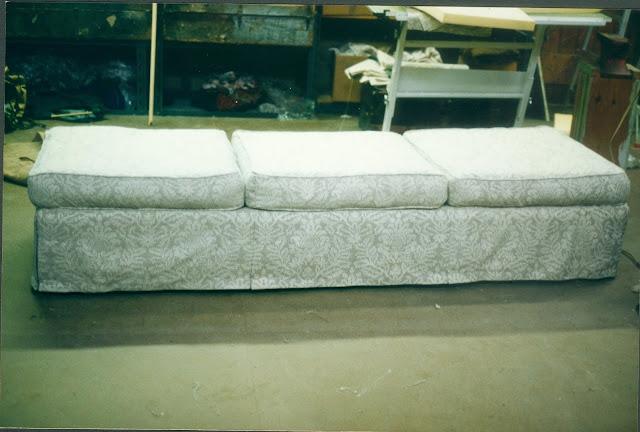 For “Six Degrees of Separation” we made one sofa and two ottomans. My colleague and I measured and cut the plywood on the table saw. Then we put the pieces together using the pneumatic air nailer. Basically, they are just boxes with the underside open.

My colleague made the skirt for the sofa. I did the rest of the upholstery. The cushions had to be made twice. The designer thought they were too firm the first time, so I had to redo them with softer foam covered in upholstery felt.

We probably added the castors together. The feet on the ottoman below were attached temporarily to stop the furniture from rolling until the pieces were finished.

I have a vague memory that the castors were removed during the run of the show because the moving furniture was too dangerous for the actors.

Due to the poor lighting, it is impossible to see how the patterns in the cushions are all perfectly lined up at the seams. 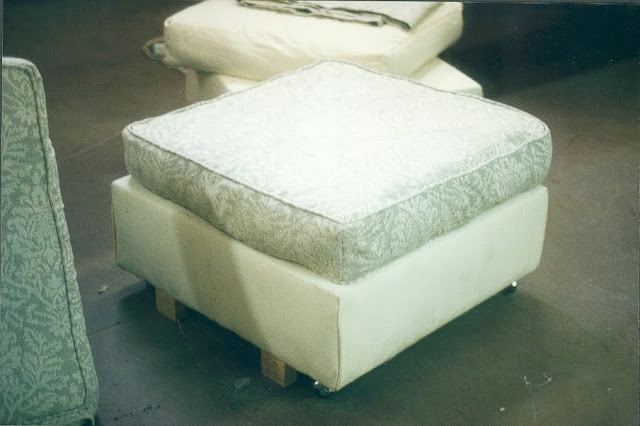