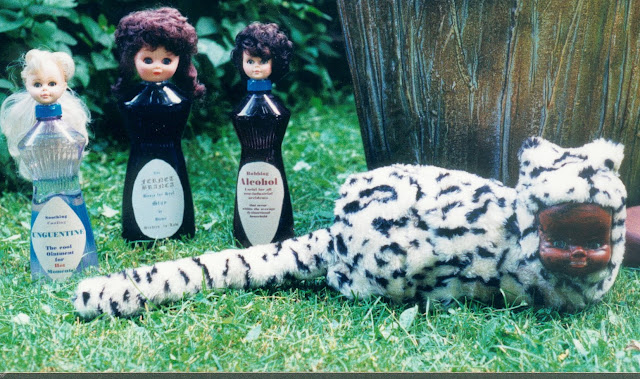 There was no money for this project.

The producers provided a male and a female mannequin and the chair. The rest of the materials I bought and or found.

I tried to create Dada-style props — a variation on the anti-art readymade.

The doll heads on bottles are something I have a vague memory of from my childhood. Obviously, the bottles are made to reflect the shape of a woman’s body, so girl’s heads make perfect sense.

I had a large plastic cat from a craft shop and initially wanted to make a Cheshire cat, but instead I cut up a doll and glued its face onto the cat, made and attached a tail and then covered the body in faux leopard skin.

I also made a paper mache pig with a bonnet for the baby in the play. One of the plays was “Alice in Wonderlessland”.

To create the chair below I had to cut up the male mannequin. I used a jig saw to dissect it into a piece I could add to the chair. I drilled holes down the sides and wired it to the chair back. I then upholstered the seat cushion and concealed the wire with some of the fur. I painted both the chair and the mannequin.

The mannequins were very difficult to work with because they were hollow Fiberglas, and it was painful penetrating the material. I drilled, wired, and glued the pieces of plywood to them. I screwed metal bars into the pieces for added security where I could. 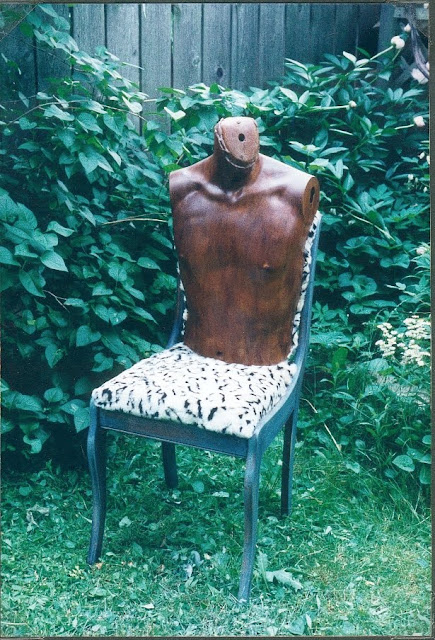 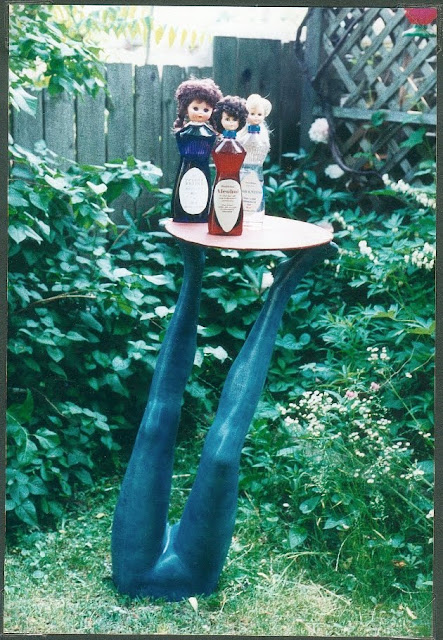 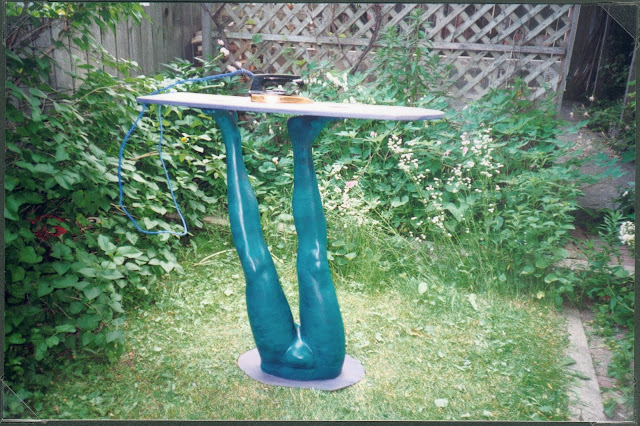