Share this on WhatsApp
metal corset company and others 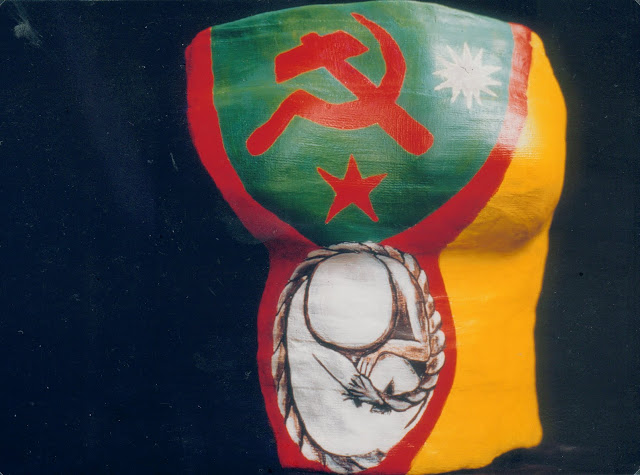 I painted the image on this plaster cast, which was made as part of a costume for actor Allegra Fulton to wear in a play about Mexican artist Frida Kahlo. I had a postcard image of the actual cast painted by Kahlo, which I used for reference but I enhanced the colours to make it vibrant.

I tried to make the fetus look somewhat like a cameo to enhance the emotional impact of the piece while remaining true to the original image.

Kahlo spent a lot of time wearing one after breaking her back during a horrific accident on a trolley. She was unable to have children after the accident. 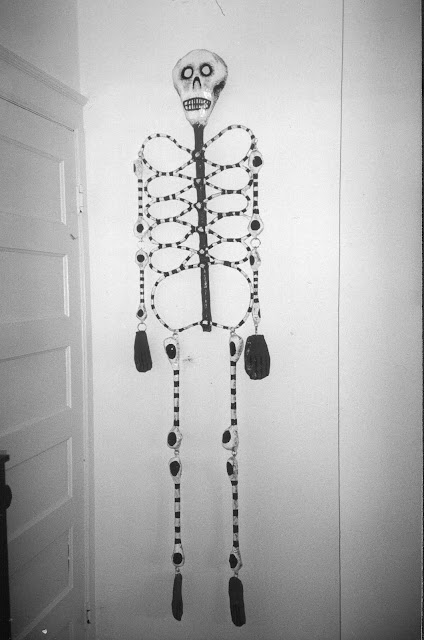 This production of Frida K toured. It went through the U.S. and into Latin America. Before it went on tour, I was asked to build a giant “Day of the Dead” puppet, which I did. The result is shown above.

I used puppet-making and jewellery construction techniques to make it. I used wooden dowel for the main bones with paper mache to cover for texture and added shape. The feet, hands and head are also paper mache. The ribs are wire covered in paper mache.

I used heavy-duty split rings to attach the limbs. The spine goes right up into the head. They wanted to be able to hang it on the set, so I drilled some hardware into the top of the spine and attached a clip ring.

It is about 6-feet tall, but can become very compact. They wanted it to be easy to pack into a suitcase while it was on tour.