This is jewellery I designed which was not made for use on stage. I took the pictures after I had worn it — that is why it is scratched. 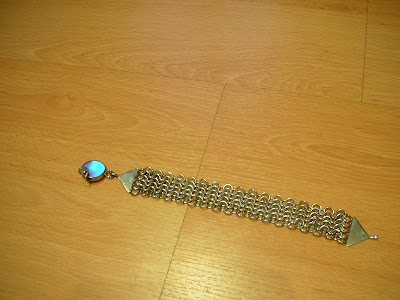 I made the wire by drawing it down from sheet silver and then formed the chain links from it by wrapping it around a steel rod and then sawing through the spiral form. I joined the links together using pliers to create the chain mail, then cut out and soldered the triangular pieces at either end to hold it in place as a band. I also made the clasp and safety catch. 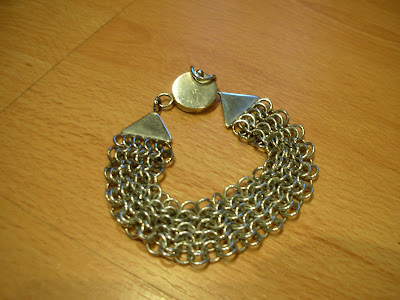 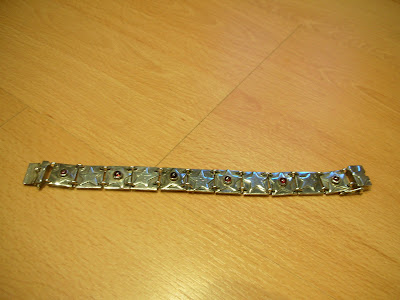 sterling silver star bracelet with garnet cabochons
– 1996 –
I made this bracelet, including the box clasp and safety catch. I cut out the squares and stars using a jewellery saw. I soldered the stars onto the squares. I also set the garnets and made the wire for the links. 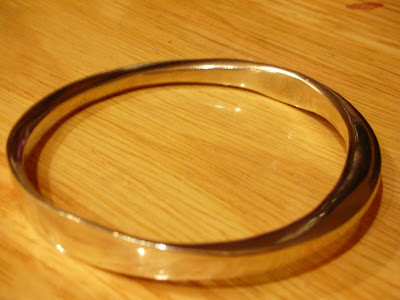 I used silversmithing techniques to make this bangle. I cast a thin, squared bar of what amounted to ultra-thick silver wire from bits and pieces of leftover silver. Through a process of annealing and hammering I formed the organic shape and soldered it together. 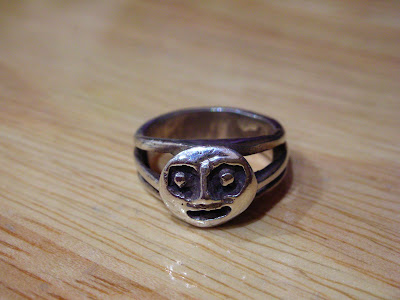 I based this Gothic design on a memento mori ring from the middle ages I found in a book. For this ring and the one below, I used the lost-wax casting process, which means I carved a wax mold of the ring first, encased it in rubber and then cast it. The heat of the metal expunges and replaces the wax in the mold. 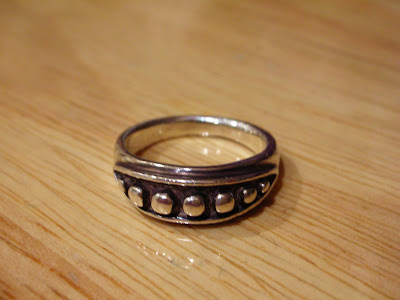 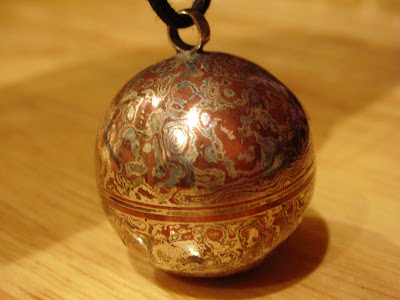 This pendant is made with the Japanese mokume-gane technique. It means “wood grain metal” and is made by soldering together a flat piece of silver and a flat piece of copper and crushing it by putting it through metal rollers and repeating the process until there are 32 layers. Then hammering dents in the back of the piece so that when the pointed nubs are filed down on the silver side, and the copper is allowed to show through, the wood-grain effect is evident. I took this a step further by creating two halves of a sphere by hammering them into metal molds. Because the two pieces weren’t exactly even, I cut strips of silver and copper to use in the centre and soldered the whole thing together. 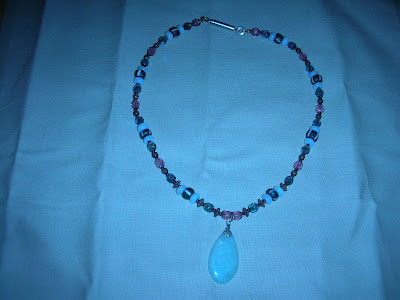 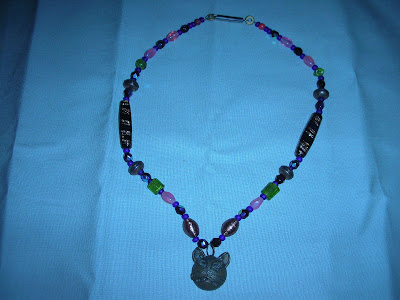 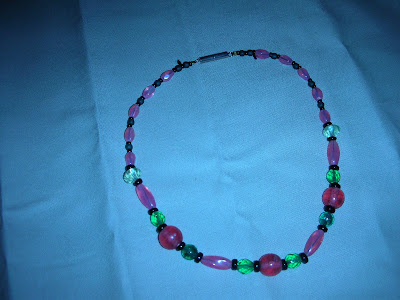 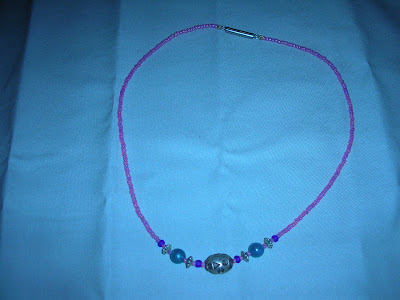